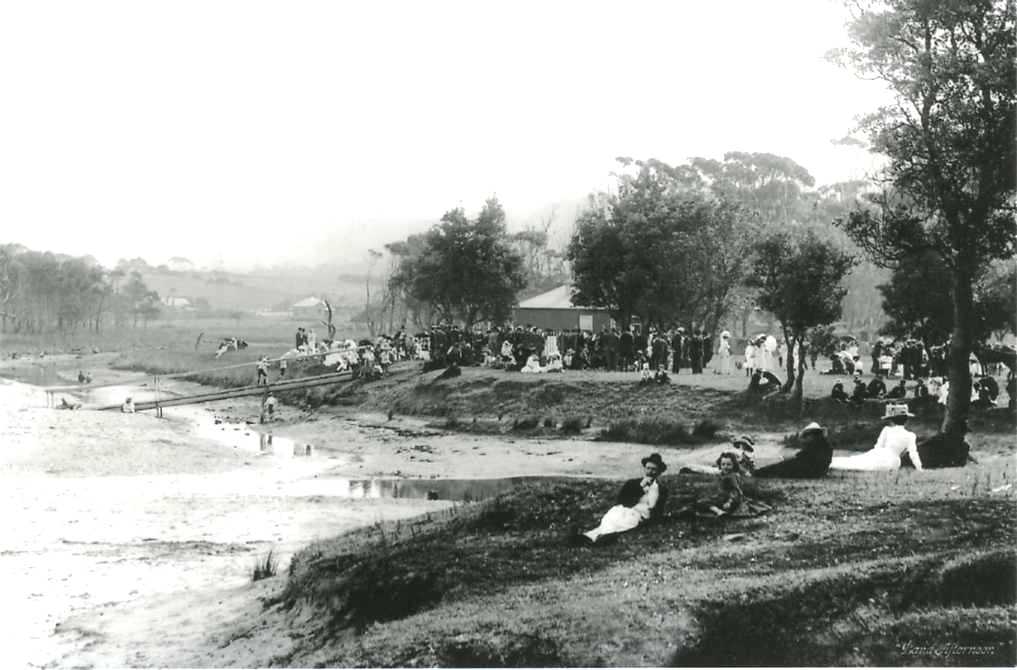 Everyone has a story. Listen to the memories of local residents as they recount their experiences of living in the Bulli, Thirroul & Corrimal areas.

Bronwen grew up in Bulli. When she married, Bronwen lived at and operated Bulli Lookout Kiosk for twenty five years from 1950.

Dorothy has lived in Thirroul for over ninety years and has many memories of life in the community.

Joyce remembers happy days at Woonona as a child and has lived at Corrimal for most of her life.

Judy is a community-minded pioneer who has been active within social and art movements in the Illawarra. She loves the sea and working creatively.

Robert trained and worked as a typewriter mechanic and lived in East Corrimal with his wife Betty and their family. He was a member of the Arcadian Theatre Group and has a wonderful tenor voice.

The Thirroul Poetry Club meets at Thirroul Library at 4-5 PM on Tuesdays and shares poetry written by members.

Illawarra Grevillea Park contains extensive display gardens and a rainforest. Grevilleas play a prominent role in the gardens, which feature plants from all over Australia. The park is maintained by a small group of volunteers, several of whom have been interviewed.

The Illawarra Folk Festival was first held at Jamberoo in 1985 and has become one of the largest festivals in Australia run entirely by volunteers. It grew from the Illawarra Folk Club, which was established in 1980.

Rube was the first female alderman of Wollongong City Council. She also became the first female driving instructor for the Ford Motor Company in Australia and was awarded an OAM in 1993. In this interview from 1970 Rube talks of her childhood and adolescent years in Bulli.

Syd has given more than 40 years of voluntary service to Bulli Hospital as a board member, auxiliary committee member, and fund raiser. One of the hospital’s wards was named in his honour and he has been awarded an OAM for his service. This is a recording of a speech Syd made about the history of Thirroul at a Bulli Rotary Club meeting in 1997.

Paul has lived in the Northern suburbs all his life and has seen changes in the village of Thirroul.

This is an ongoing project and we welcome your contribution. If you are interested in sharing your recollections of Bulli, Thirroul and Corrimal please contact us.