David (Dave) and Janet cover what it was like to stage dramatic productions in Wollongong, focusing on the Wollongong Town Hall from the late 1960’s through to the present. They give a good in-depth history of the Arcadian Theatre Group, the ups and downs and the technical details such as the costs and processes of hall bookings, dressing rooms etc.

Listen to Janet and David’s Interview 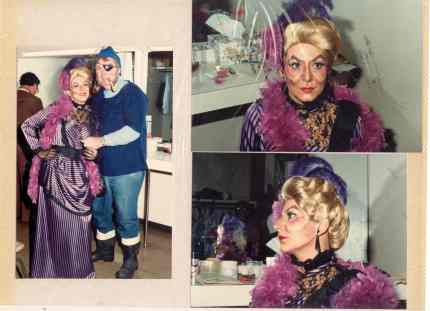 Makeup shot for “Annie Get Your Gun”

List outlining all Productions performed by The Arcadians at WTH from 1964 until 1988 when productions moved to IPAC permanently.

Production still of cast of Bye Bye Birdie performed in 1970.