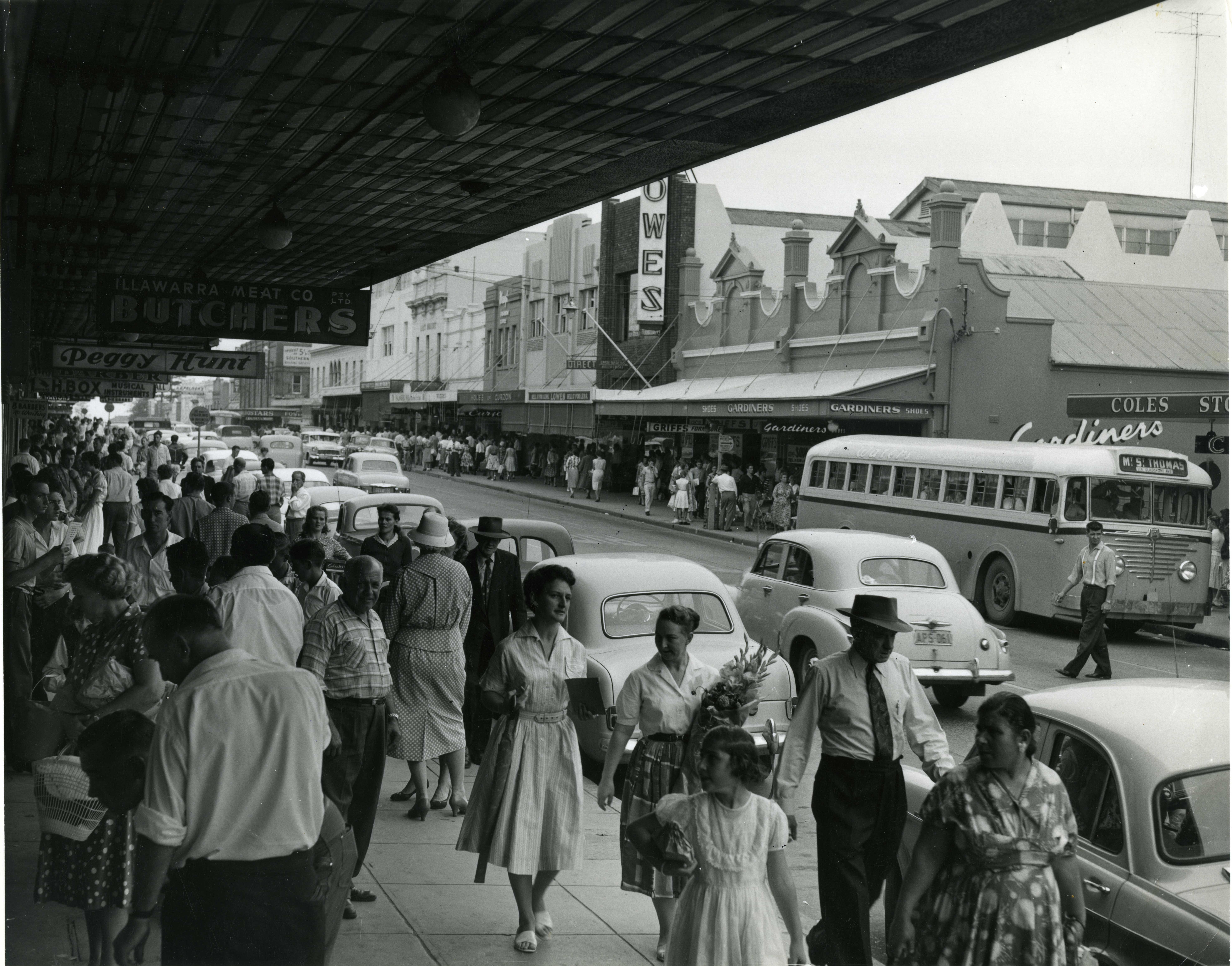 Everyone has a story. Listen to the memories of local residents as they recount their experiences of living in the Wollongong region.

Born in 1935, Ken grew up in West Wollongong and recalls stories of his childhood in a close-knit neighbourhood.

Elsie recalls how the economic depression of the 1920s affected people in the Illawarra and how her father helped those out of work.

Edith has lived in the same house all her life and worked in the textile industry locally. She spent many years as a machinist at Hardie Rubber Factory and at King Gee.

Billy was born in La Perouse but has family and tribal connections to the South Coast and has lived in Wollongong for many years. He learned traditional fishing practices from his father and has a strong cultural and spiritual connection to the sea.

Jack has colourful memories of the Wollongong area as a child and student, working through his school years and socialising locally.

Ron grew up in Wollongong in the 1950s and has many memories of places, people and their way of life.

Sylvia grew up at Tarrawanna and worked as a nurse in Wollongong.

Mary is a daughter of Sid and Madge Hoskins, who built the “Glennifer Brae” residence in Keiraville, where she lived with her family from 1938 to 1945. Her father established the Australian Iron and Steel works at Port Kembla.

Mary Rose was born in Glasgow and migrated to Australia with her family in 1952 when she was thirteen. She wrote the award winning book “The Winter Sparrows” about her childhood experiences.

Ed was an electrician with Wollongong City Council, a film projectionist, an activist for the preservation of Wiseman Park, and a fundraiser for the cancer treatment centre at Wollongong Hospital.

Steve is a long-term resident. He talks about his life growing up and working in the Illawarra.

Daniel Lysaght grew up in Mangerton in the house known as “Hightrees”. His father Charles was the general manager of John Lysaght (Australia) Pty Ltd for many years.

Helen Cavenagh worked at Wollongong City Libraries from 1964. She was employed in extension services, including the bookmobile.

This is an ongoing project and we welcome your contribution. If you are interested in sharing your recollections of Wollongong please contact us.