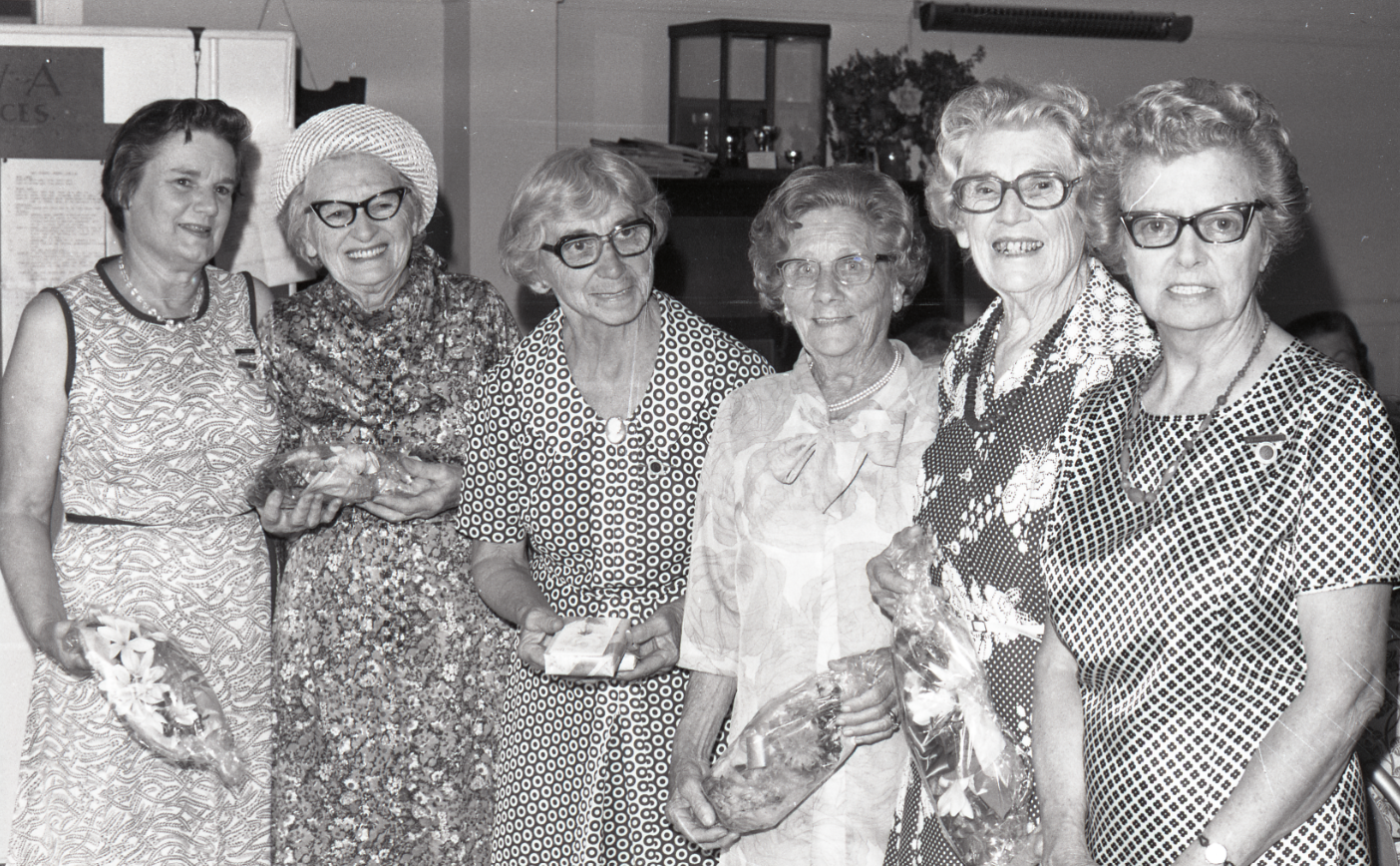 The Country Women’s Association of NSW celebrates its centenary in 2022. There have been active branches in the Illawarra region since the Wollongong branch was established in 1933. A Rest Centre in Burelli Street, Wollongong which opened in 1938 was a haven for local women and their children. Known for their cooking and handicraft competitions, CWA women are also involved in lobbying government about community issues and fundraising for disaster relief. These interviews with local members convey the valued place of the association in women’s lives and the variety of activities undertaken by the branches.

Click on the members’ names or photos for more information and to listen to their stories.

Lyn Haynes began her involvement with the Country Women’s Association at the age of nineteen. She re-joined in 2011 at the Keiraville Branch and has held several positions at both branch and Illawarra Group level. Lyn speaks of the many projects that the CWA is involved with and how they are helpful to the local community.

Patricia Armstrong has been a member of the Country Women’s Association for twenty-five years. During the past twelve years she has been very actively involved and is currently the President and Treasurer of the Dapto Branch and for a period served as the treasurer for the entire group.

Liz Corfield has been a member of the Keiraville Branch of the Country Women’s Association for five years and is currently serving as its president. She discusses the countless projects the CWA are involved in and says she enjoys being a part of the fascinating group of ladies aged between forty-nine and ninety.

Ada Raynor was a member of the Country Women’s Association (CWA) Wollongong Younger Set in the 1950s. This group established the Keiraville Branch of the CWA, of which she has been part of ever since, including serving a term as president.

Val Farrington joined the younger set of the CWA in Guyra NSW at the age of fifteen, later moving to the Illawarra. She attended the CWA Rooms in Rest Park, Wollongong when her children were little and became re-acquainted with the organisation upon joining the Wollongong CWA as a senior member in 1999.

Norma Thompson is a member of the Keiraville branch of the CWA and enjoys the fundraising, social, and educational aspects of the meetings in addition to the handicrafts.