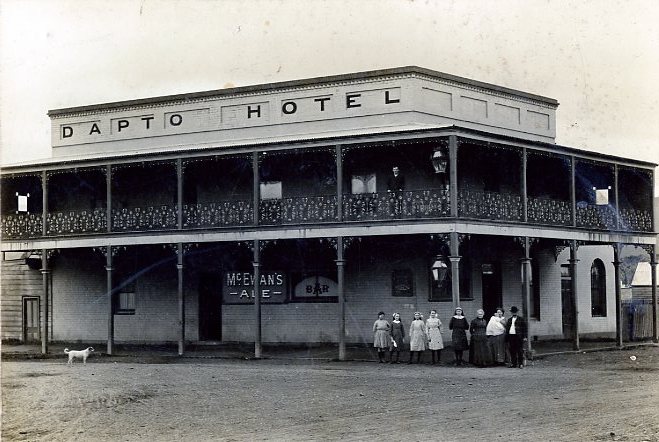 Everyone has a story.

Listen to the memories of local residents as they recount their experiences of living in the Dapto region.

Karolyn was born in Wellington, New Zealand on July 13, 1962 and moved to Dapto from Balgownie with her husband and two sons in 2004.

Fred was born in Cobar, NSW on 5 September 1922 and moved to Dapto with his wife and three children in 1952. Through his work in the mines and trade unions, Fred became an icon of the area and is often called upon when it comes to researching and writing local history.

Einir was born in Wales on 25 June 1940 and immigrated to Australia with her family in 1952. They moved to Dapto when Einir was eleven years old and she recalls how foreign everything seemed to her in this new country.

Born in Corrimal on 29 May 1921, Mavis was brought to the ‘Moorland’ dairy farm in Avondale when she was only three months old. In her younger years, Mavis was a keen horsewoman and is a lifelong member of the Dapto CWA, giving her legendary status in the area.

Born in Wollongong in 1947, Trevor grew up on his family’s dairy farm in Marshall Mount. His family hails from convict stock and has a long history in the area and within the farming community.

Born in Wollongong in 1936, Neale grew up on his family’s dairy farm in Avondale. He remembers life on the farm and at Avondale Public School and recounts many of the antics he and his school mates got up to.

Born in 1942, Anne arrived in Dapto from Dubbo in 1970. She was an active participant in the Dapto Public School community.

Born in Wollongong 1938, Pam grew up in Wongawilli and tells her family history, recalling many exploits of family and friends.

Rex and Kathleen met as young teenagers in Dapto and have been married for 58 years. They recall life in Dapto and Wongawilli and their courting days when Rex worked at Fairley’s and Kathleen at the local newsagency.

Neil and Tera were married in 1965. In these interviews, they recall Dapto in the 50s and 60s, their dating days, and early married life.

David moved to Dapto when he was four. He talks about his family life, school days, and flooding in the Dapto area.

Joan was born in Cairns, Queensland in 1935 and moved to Dapto with her husband in 1959, raising their young family there. She worked at the local Doctor’s Surgery for twenty years and remembers the professional commitment of the team.

Denise was born in 1944 and moved to Dapto at the age of eleven from the Northern Suburbs of the Illawarra. She has happy memories of growing up in Dapto, dodging plover birds and riding the tractor to the milk factory in Station Street.

Maxwell was born in Wollongong in 1937. Growing up in Dapto, he had a self-confessed instinct for attracting trouble.

Nancy was born in 1938 and has lived her whole life in Dapto. She talks about her family, school, and work experience.

This is an ongoing project and we welcome your contribution. If you are interested in sharing your recollections of Dapto please contact us.